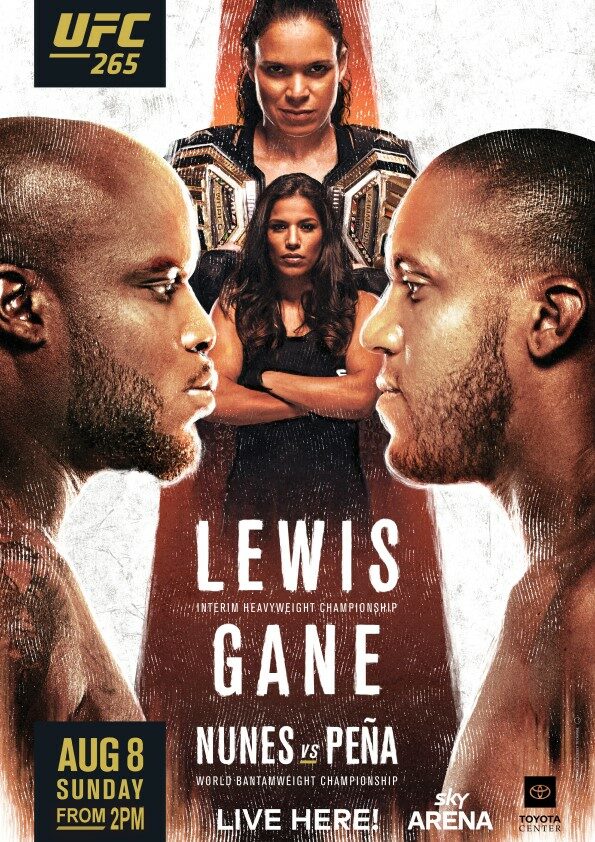 A pair of titles are on the line when UFC 265 lands in Houston. In the main event, Ciryl Gane and Derrick Lewis clash for the interim heavyweight championship. The co-main event sees the return of the greatest female mixed martial artist in history when Amanda Nunes defends her women’s bantamweight title against Julianna Pena.

The creation of an interim heavyweight title came as a surprise to many, being announced just three months after Francis Ngannou won the undisputed crown. Regardless, the winner of the fight between Gane and Lewis will end the night with a title belt and a guaranteed shot at Ngannou down the road.

Nunes’ current 12-fight winning streak is one of the most impressive runs in MMA history, capturing both the women’s bantamweight and featherweight titles and defeating every woman to have ever held either title, including Miesha Tate, Ronda Rousey, Holly Holm and Cris Cyborg. Pena is 2-2 since 2017 and is coming off a submission win over Sara McMann in January.

It’ll be showing in the front bar. No booking needed, just  come down and enjoy the show.